Babies’ spontaneous, random movements help develop their sensorimotor system, according to new research led by the University of Tokyo.

Detailed motion capture of newborns and infants was combined with a musculoskeletal computer model to allow researchers to analyze communication between muscles and sensations throughout the body.

Researchers have discovered patterns of muscle interaction developing based on infants’ random exploratory behavior that will later enable them to perform sequential movements as infants.

A better understanding of how our sensorimotor system develops can help us understand the origins of human movement as well as earlier diagnoses of developmental disorders.

From birth—and even in the womb—babies begin to kick, wiggle, and move seemingly without purpose or external stimulation. These are called “spontaneous movements” and researchers believe that they play an important role in the development of the sensorimotor system, i.e. the ability to control muscles, movement and coordination.

If researchers can better understand these seemingly random movements and how they are involved in early human development, we may also be able to identify early indicators of certain developmental disorders, such as cerebral palsy.

Currently, there is limited knowledge about how newborns and infants learn to move. “Previous research on sensorimotor development has focused on kinematic properties, the muscle activities that cause movement in a joint or body part,” said project assistant professor Hoshinori Kanazawa of the Graduate School of Information Science and Technology.

“However, our research focuses on muscle activity and sensory input to the whole body. By combining a musculoskeletal model and a neuroscientific method, we found that spontaneous movements that appear to have no explicit task or purpose contribute to coordinated sensorimotor development.

First, the team recorded the joint movements of 12 healthy newborns (under 10 days old) and 10 young infants (about three months old) using motion capture technology. They then assessed the infants’ muscle activity and sensory input using a computer model of the infant’s whole-body musculoskeletal apparatus that they created.

Finally, they used computer algorithms to analyze the spatiotemporal (spatial and temporal) characteristics of the interaction between input signals and muscle activity.

“We were surprised that during spontaneous movement, the infants’ movements ‘wandered’ and they pursued different sensorimotor interactions. We called this phenomenon “sensorimotor wandering,” Kanazawa said.

“It is generally accepted that the development of the sensorimotor system is usually dependent on the occurrence of repetitive sensorimotor interactions, meaning that the more you do the same action, the more likely you are to learn and remember it.

“However, our results suggest that infants develop their own sensorimotor system based on exploratory behavior or curiosity, so that they do not simply repeat the same action, but different actions.” In addition, our findings provide a conceptual link between early spontaneous movements and spontaneous neural activity.

Previous studies in humans and animals have shown that motor behavior (movement) involves a small set of primitive muscle control patterns. These are patterns that can usually be seen in task-specific or cyclical movements such as walking or reaching.

The results of this latest study support the theory that newborns and infants can acquire sensorimotor modules, ie. synchronized muscle activities and sensory inputs, through spontaneous movements of the whole body without an explicit goal or task.

Even through sensorimotor wandering, infants showed increases in coordinated whole-body movements and anticipatory movements. The movements performed by the infant group showed more frequent patterns and sequential movements compared to the random movements of the newborn group.

Next, Kanazawa wants to look at how sensorimotor wandering affects later development, such as walking and reaching, along with more complex behavior and higher cognitive functions.

“My initial experience is in infant rehabilitation. My big goal through my research is to understand the underlying mechanisms of early motor development and to find knowledge that will help promote baby development.

About this neurodevelopmental research news

Original Research: The findings will appear in PNAS

Learn how to Assist a Cat and a Canine Get Alongside 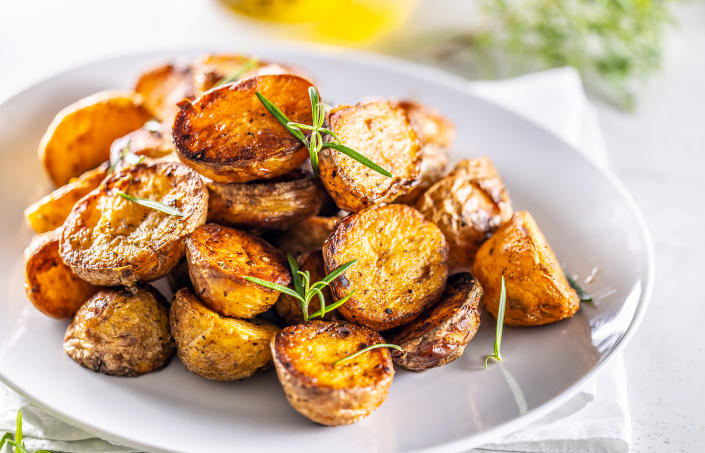 The surprising health benefits of potatoes, according to a nutritionist

What Is Affiliate Advertising – And Why You Ought to Use It